Simeon is the real deal. He’s a full-time musician and vanlifer travelling Europe.

Simeon is the real deal. He’s a full-time vanlifer travelling Europe. He spends his days shooting incredible images for client projects and entertains crowds all over with his guitar.

“When I bought my VW T5 I never thought that it would become my home for the next four years. Growing up in Adelaide, South Australia, travel wasn’t something my family and I did much of. At age nineteen I packed a bag and a guitar and moved to London to play music there. Travel wasn’t what I was interested in at this stage of my life but for some reason, I knew I needed to go to London for my music. In those first three years of being based in London, I ended up playing music around a lot of places in Europe which is how my passion to explore new places grew.

“Little did I know, I would live full time in a small silver box”

Throughout the early days living in my VW T5 and playing music for people around Europe, I started to become obsessed with photography. Back while living in London, I had started to develop an interest in it, but it wasn’t until I had the flexibility to be where I wanted to be, that photography became such a big part of my life.

I think it’s no secret that us van hippies love to photograph and video our journeys, but for me, the van was a real game-changer with being able to be at the locations I wanted to photograph first thing in the morning.

Pretty much every photograph I’ve taken at sunrise was also a location I have camped at. Waking up on location at 5 am is super convenient. And that memory which surrounds each photograph is even greater. Now four years on, I shoot professionally for tourism boards, various brands and also my own projects that I work on while moving around in my home on wheels.

Music is a huge part of my journey, and always will be. For me, a brilliant part of living on the road in Europe is that it has given me the opportunity to share my music with people in so many countries. I’ve played in cities like, Lisbon, Copenhagen, Dublin and many places in-between.

Sleeping in a van in a city is far less fun though. Waking up to people walking by, cars rushing around you and sirens blaring. That isn’t the vanlife dream people fantasise buying a van for.

I definitely don’t live in my van to create some wanderlust dream for people. I live in it so I can afford to see new places and share my art with others. The occasional car park for a night sleep goes OK with me!”

Simeon tells us that at some point, he had slept in Paris for around two weeks while performing street music.

“I just parked by La Poste Saint Louis in Paris so I could get out of bed and get playing. It saved me so much time without needing to drive into the city and bother with finding parking. Notre Dame was the view out the back window when I woke up, which was nice.

Living in a van full time when your family lives on the other side of the world isn’t always easy, especially when the going gets rough. But it taught me many life lessons and allowed me to experience incredible places and meet many wonderful people that I’ll cherish forever. If you are still reading until now then please do reach out and say hi! I hope to meet you on the road in Europe someday. 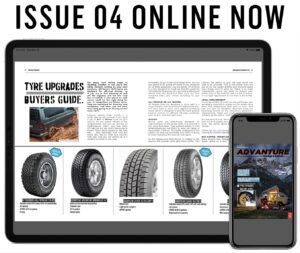